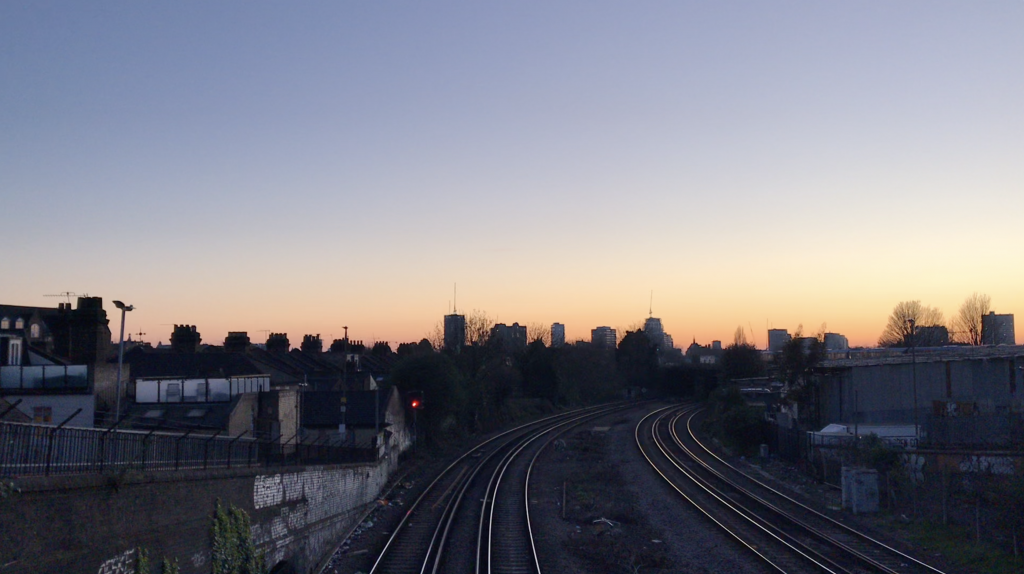 This Earth Day, our cities around the world have slowed down, our movements reduced, we’re staying at home. As a result our cities are quieter than ever. But is it an eerie silence, one filled with absence? Or is it one that allows us to appreciate the delicate sounds of nature that have been long forgotten in our cities?

Waking up to the silent city

For those of us who are still in large cities during this period, the stark change in environment is clear. We wake up in the morning, not by the sound of planes, but just an eerie quietness. On the main roads there are still cars passing occasionally, but in the evenings and on the quieter back streets, they’re still. We hear on the news that the urban air quality is as clean as it’s been for decades, in Delhi, Milan and London. This brings to the forefront the fact that pollution is only to do with our behaviours, it’s nothing else. When we reduce cars, movement and our normal modern day activities, the air we breathe will be cleaner, the streets quieter and there will be little need for planes in the sky. Tranquil City began as an idea of contrast, a tension between our modern lifestyles and the slow pace of nature, that push and pull between two worlds, the pursuit of respite amongst the noise. But this lockdown presents a situation where this tension is missing. It makes us ask the question, when the city is quiet, clean and slow, then is there still a need for escaping to tranquillity?

It’s been suggested to us at Tranquil City that we should be jumping at the chance to record the soundscape of the city under lockdown. But this got me thinking, what could be so interesting to hear a city void of life? The context of this silent city is the COVID-19 pandemic, so will this affect how we feel about the quiet we hear? Will it remind us of our struggle to come to terms with the shutdown and the extent of the global crisis, our lives put on hold and our loved ones kept at a distance? Or could it provide much needed relief during these difficult times? Will it allow us to take notice and uncover the delicateness and richness of sounds that lay beneath our normal urban experience?

For me, dreaming of a city that doesn’t require us to “keep up the pace” isn’t about bringing the silence to the city. It’s about making our city lifestyles more about life itself, and less about machinery and speed. For those of us who grew up outside large cities, we escape the countryside when we come of age in search of excitement, for life to happen. Even after a while, the noise in the city can still feel overwhelming. For those of us who grew up within the city, the sound of the city can sometimes be comforting and the absence of noise deafening. Our upbringing and experiences will shape our individual relationship to sound, much the same as listening to a particular song can conjure up memories of home. So, how is the current lockdown soundscape affecting us? Does the unfamiliar soundscape give us an unsettled feeling or is the calm we’re all experiencing ever more important for our mental health as we come to terms with this crisis? In these anxious times, security and comfort is ever more important, and seeking out spaces of tranquillity can help provide that relief. Tranquillity is familiarity, stillness and calm.

The lockdown is an opportunity to see ourselves and society in a new light: when we slow down, when we downshift. The focus instead is looking after one another, our brave workers on the front line, drawing rainbows on our windows and on the pavements outside our homes. We can forget our individual priorities, aspirations, instead it’s about our place within a wider society and planet. When I find myself on a street usually bustling with people and noise, it’s silent and absent, I think of how this point in the land once belonged to nature, perhaps on the flood plains, the banks of the Thames before it was settled on. The sun wasn’t blocked out by buildings, the reeds were instead rustling in the wind, the hilltops glistening in the sunshine. It wasn’t really that long ago, for nature at least, just over two millennia. But will nature finally feel free to come out from within the cracks, to come out into the open during this lockdown? There have been reports of wildlife roaming further into cities than they normally would feel safe to do. Will we now hear the birds that were previously drowned out from constant traffic, construction and humans? For those who have the urge to rush outside and record the soundscape of our cities during this strange period, isn’t the sound of nature emerging from the cracks the real opportunity here? To show that it’s still there, just drowned out for millenia, showing us that it’s more resilient than us.

We’ve mentioned that without our constant movement and hustle, the city is less polluted under lockdown. But is it quieter? Quiet is a subjective term. I’d like to argue that despite our cities being lower in objective decibel level, the sound of nature emerging from the city absent of human life makes this city soundscape louder than the city dominated by a single species with our cars, trains and planes. The recordings made during this time may require a higher gain setting, but the nuances of the sound collected will be so much richer, higher fidelity, surround sound and diverse, than any made before. The recordings will be a documentation of how our cities can live on without our constant machinery, our hectic lifestyles, our self-imposed need for speed. I say, let our cities become loud with the sound of life happening and it can still be tranquil, full of contrast and colour, instead of a monotonal grey. Could the sound of waves lapping on the river shore be heard from a few streets back from the Thames? Could the sound of a seedling sprouting in the pavement in the middle of Bank junction be heard now the traffic is absent? This includes the sound of human life happening too, children playing in the park, friends talking on their morning walk, the sound of spinning bicycle wheels reverberating from the facade of Regent’s Street. Quiet doesn’t have to be silent.

At first thought, I was hesitant to go out and record the soundscapes during this time because it would capture a painful memory for some of a city unrecognisable, one engulfed in a frustration of our lives put on hold. But, if we did, we could listen back to these soundscapes in 10 years time and experience that point in time when we were all required to slow down, at a global scale. The pace of life in the city reduced to that of the countryside, our priorities shifted to those that are most important. We could remember it as us taking a much needed deep breath and contemplation before our next steps. It might be unsettling for some, but it’s the glimpse of how things could be. It’s a blank piece of paper that we could build upon with new colours. A city soundscape that celebrates all the life that happens in between the cracks within our cities. This could be a first glimpse of the cities that we will all get to know, and love, tomorrow. We just need to be patient, as patient as nature.

Co-founder and CEO of Tranquil City. Grant is an acoustician and campaigner for healthier cities that can support human flourishing and environmental sustainability.